The Sky With Broken Arms

by My Cat Is An Alien 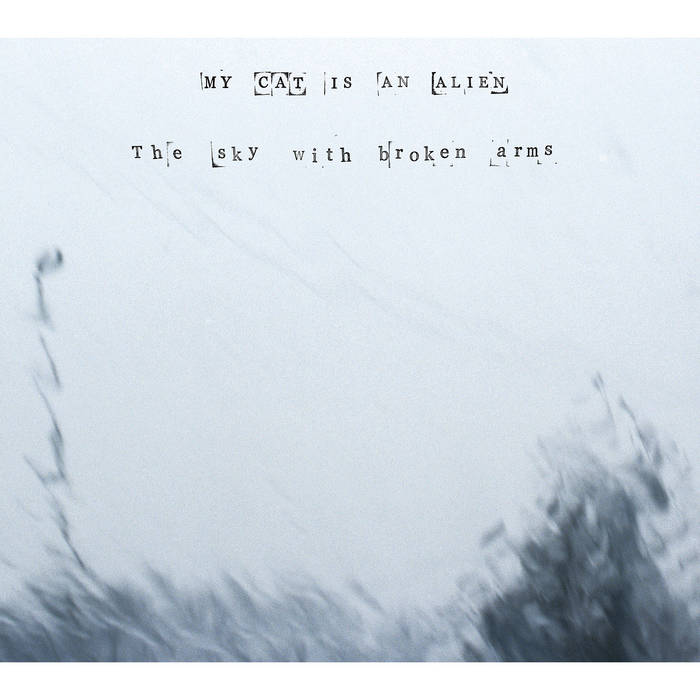 Instantaneous composition performed, recorded and mixed by My Cat Is An Alien at their secret Alien Zone HQs in Western Alps.
Produced by MCIAA.
Note: this not-compressed, not-balanced mastering by MCIAA provides a natural, immersive listening experience.

DESCRIPTION:
‘The Sky With Broken Arms’ is the brand new studio album by MY CAT IS AN ALIEN which officially opens the duo’s 20th ANNIVERSARY in 2018–a year rich of exciting projects, collaborations and releases. Brothers MAURIZIO and ROBERTO OPALIO have been active as radical instantaneous composers since the beginning in early 1998, their work always characterized by the willingness to challenge oneself and throw oneself forward towards the unknown realms of art, intended as the highest projection and expression of the self. This ongoing, imperative challenge brought MCIAA’s musical research towards constant innovation, making each of their 200+ musical releases a step onward, and their entire opus simply unique. “[..] there are few other artists who have been so unwaveringly challenging and iconoclastic for as long as the Opalios" (Anthony D’Amico, BRAINWASHED). The deep authenticity of their sound has always shined throughout the large number of collaborations set up during the years with vanguards such as SONIC YOUTH, JIM O'ROURKE, KEIJI HAINO, CHRISTIAN MARCLAY, MATS GUSTAFSSON, JEAN-MARC MONTERA, NELS CLINE, LOREN CONNORS, among many others. MCIAA’s rare live performances mirror the brothers’ vision of the creative act as the most powerful shamanic ritual, bringing together their performative action with the diverse aspects of their intermedia activities like the “cinematic poetry” films by Roberto Opalio. Their idiosyncratic improvising skill and extraordinary psychic connection have been under the radar of thousands of visitors during the opening days of the 57th VENICE ART BIENNALE in May 2017, when MCIAA activated the Studio Venezia project at the French Pavilion invited by artist XAVIER VEILHAN and curator CHRISTIAN MARCLAY.
The new album ‘The Sky With Broken Arms’ is therefore a further step ahead into the realm of the unknown, where the music made of minimal, dreamy guitar chords and eerie wordless vocals over a dense layer of crackling noise comes out of a strong conceptual idea.
As Roberto Opalio’s foreword to the work reads “A winter day two years ago I found out that an entire section of my vinyl records collection was completely ruined by an inexplicable oxidation process. [..] As a first reaction, I decided not to play those records ever again... and that I did, for a long time. ‘Til one night, exhausted, I felt the absolute urgency to listen to one of those LPs whose musical content got buried by the vinyl surface noise. In that moment the shocking epiphany: [..] slowly, I began to perceive that not only the old, beloved sounds I was used to were all still there, but also that the layer of ground noise obliged me to an even more attentive and active listening; thus I was discovering very subtle sound details now claiming their own being and pretending their own space. The idea of a new MCIAA album came out of this enlightenment. A new concept concerning the representation of music on the one hand and its perception on the other. A music so essential and precious as to be discovered by the listener little by little, because hidden by a blanket of crackling noise, which I obtained from the blank grooves of my damaged vinyls. Thus, here we are: infinite spaces of disintegration and psycho-existential ecstasy… essentially, spaces of non-limited, non-stoppable Poetry”.
The not-compressed, not-balanced mastering devised by MCIAA provides a natural, immersive listening experience. CD comes in full-color gatefold digisleeve. Cover art features an intense photography shot on 35mm slide film by Roberto Opalio. Artwork design by MCIAA.